On 26 August 2016 a ceasefire between all the belligerents in Syria (excluding jihadist factions) came into effect. Putin, the consummate politician, agreed to the ceasefire in order to give the Russian military time to mobilize more forces into Syria. Al-Assad also used the time to concentrate his troops into the vicinity of Aleppo, where the government coalition was planning a mighty offensive to destroy the city. Despite the aliens' vaunted air superiority the technological gap between the two civilizations was not insuperable. X-Com had demonstrated time and time again that the aliens were vulnerable to terrestrial weapons on the ground, and even the alien fighters could be shot down on occasion. Absorbing this lesson, planners on the Syrian, Russian and Iranian side planned to adopt the doctrine of using cheap, expendable units to attrite the alien defenders of Aleppo. For now, however, Putin used the breathing space afforded by the ceasefire to re-organize his forces, as well as to seek diplomatic allies against the aliens. It would not be known until much after the war that Putin had tried to approach the aliens with a peace deal through back channels, only to be definitively rebuffed. While it was believed that it was the aliens' solidarity with the embattled rebels that caused them to reject the sallies out of hand, a more cynical interpretation was that Putin, due to his actions in the early 21st century, was well-placed to be the villain against whom the aliens could rally the rest of the world against. While popular at home, Putin's expansion into the Ukraine and Syria  earned him the ire and suspicion of Europeans and several Middle East nations. America and Russia were historical antagonists, and China had its own ambitions as a rising power in the 21st century. Any fall in Russian prestige was celebrated, albeit quietly in private state rooms and in the corridors of power. The greatest irony of this was that Russia had only signed on to the X-Com initiative as an act of political opportunism, but would later become its greatest supporter and champion due to the aliens' intractability in their dealings with the Russians.

On 8 September 2016 Emilia Amat Al-Maseeh, the new president of the Syrian National Council, addressed a special meeting of the United Nations at its headquarters in New York. The new leader of the Syrian opposition was accompanied by the alien emissary introduced by Al-Maseeh as the Speaker. The Speaker's presence generated tremendous international interest, momentarily dwarfing the unfolding crisis in the East China Sea. While Japan and China stared each other down across the straits dividing their nations, the rest of the world watched with awe and trepidation as a small UFO landed in the grounds of the UN headquarters. This was a historic moment, and it was covered in exquisite detail by the international press. X-Com was in attendance, and represented by General Bradford, Dr. Moira Vahlen and Chief Engineer Raymond Shen. Three Skyrangers full of X-Com troops were also on stand-by, ready to intervene on a moment's notice. They were an addendum to the already unprecedented level of security surrounding the arrival of the Speaker. 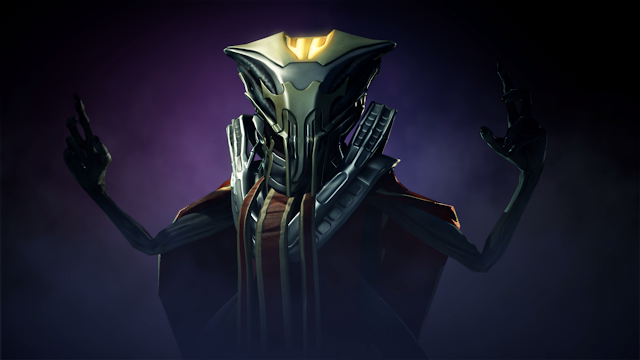 These security precautions proved to be unnecessary, however, as no incidents marred the event. The Speaker was a tall humanoid looking creature wearing an ornate metallic headdress and garbed in red, flowing robes. The alien had four atrophied limbs instead of two, but otherwise it looked very much like a tall, spindly human in appearance. The Speaker was supported by Al-Maseeh, and its fragile, decrepit walk towards the UN assembly hall gave the impression of great age and vulnerability. This was belied by the ceremonial honor guard accompanying the Speaker, which consisted of four gold armored floating humanoids. The archons, as they would later be known, were impressive specimens. They were superficially similar to the floaters in that they used some kind of anti-gravity mechanism to hover and fly, but unlike the floaters, who were a bizarre amalgamation of metal and biological flesh, these archons were elegant beings which inspired awe and wonder. They also appeared human, much to the surprise to all those present. They had human faces and torsos, and the honor guard appeared to consist of two male and two female archons. The archons were naked apart from their augmentations, and the sight of the bared breasts of the female archons caused a minor scandal. Human genitalia were either not present, or were covered by augmentations, much to the relief of those overly concerned with propriety. Nonetheless the human faces of the invaders served to disconcert and confuse observers. The most common comment heard when perceiving the archons for the first time was that "they look like angels." Certainly the physical attractiveness of the archons did much to give this impression, but many of those who were in close proximity attested to a feeling of reverence in the presence of these beings. 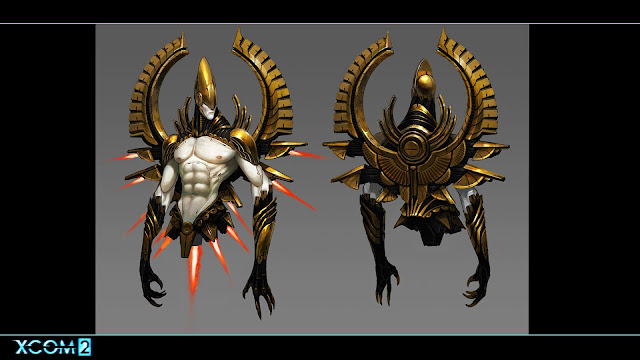 The honor guard remained outside while Al-Maseeh and the Speaker entered the UN headquarters. The archons were bombarded by photos, and a few of the more daring reporters reached out tentatively to touch them. The archons responded with graceful equanimity, and returned the gestures, even smiling gently at the awestruck faces crowded before them. "It felt like the sun on my face," gushed one reporter. "My God, he was beautiful." Inside the assembly hall Al-Maseeh was the first to address the UN, and her speech re-affirmed the Syrian rebellion's determination to oust Al-Assad from power. She cited the numerous human rights violations perpetrated by the regime as the rationale for the rebellion, and once again called upon the UN for assistance in their plight. The most remarkable part of her speech was her plea to the Syrian refugees who had fled the country, calling upon them to return:

"Thanks to the steadfast support of the Speaker and his kind we will finally see the dream of a free, democratic and peace-loving Syria. Everywhere we see nations turning a blind eye to to our suffering - nation after nation has closed their borders to us, and we have become a displaced people, with no place to call our home. Thousands of us live in squalor in camps and ghettos all over Europe and the Middle East, and everywhere we go we are met with fear and suspicion, accused of harboring terrorists in our midst. My dear brothers and sisters, it is time for us to return - to rebuild - to make Syria great again. The Speaker has guaranteed our freedom and liberty, and they have proven to be true allies in our time of need. They gave us food, medicine and weapons to fight our enemy. They cured us and helped us, and stood with us in harm's way when everyone else abandoned us. What a twist of irony it is that the most humane of all turned out not to be our human brothers and sisters, but visitors from beyond."

Al-Maseeh's address provoked a bitter response from the Syrian government diplomat, and harsh words were exchanged which required the intervention of UN security. After order was restored the Speaker ascended the podium with obvious difficulty, and had to be assisted by the Syrian opposition leader and the UN Secretary-General. The Speaker spoke in English, and indicated that alien technology could translate their speech into any language found on Earth, and vice versa. The Speaker spoke with the slightly metallic modulated voice of an elderly male, and the speech he would give would mark a paradigm shift in how humanity viewed the universe and its place within it.

With patch 5.4 just around the corner this might be an opportune time to review some of the upcoming changes to WoW PvP, as well as to briefly summarize the changes that have been implemented in PvP from 5.2 to the present. The information in this post should be correct at the time of writing, but please keep in mind that 5.4 is still in PTR and is liable to change at any time. I have also refrained from commenting on class balance changes, instead focusing on the overall changes that will impact all players in the next patch.